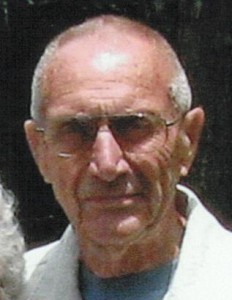 Virgil K. Albaugh, 84, of Russell, Pa. died Tuesday evening, February 14, 2012 in his residence following a brief illness. Born August 8, 1927 in Watson Township, Pa. to the late Ernest and Edith Weller Albaugh, he was a lifelong resident of the Warren area. He served 4 years in the U.S. Navy. Virgil was employed 34 years with National Fuel Company before retiring in 1994 as district manager. He was an avid hunter who loved the outdoors and his faithful canine companion – Mia – who frequently took Virgil for walks. He enjoyed his camp and his camp buddies, abiding by the credo – “What happens at camp, stays at camp”. His grandchildren and great grandchildren were the world to him.

He is survived by his wife – Constance Corbran Albaugh, whom he married June 9, 1951 at Holy Redeemer R.C. Church; a son – Daniel K. Albaugh and his wife, F. Darlene of Russell; a daughter – Cheryl Reagle and her husband, Larry of Russell; three grandchildren – Jeffrey Young and his wife, Tara of Russell, Amanda Albaugh of Warren and Daniel M. Albaugh of Russell; two great grandchildren – Shayleigh Albaugh and Talon Kinney; and a third great grandchild – Preston Keith Young – expected in April; and several nieces and nephews.

In addition to his parents, he was preceded in death by his siblings – Donald and Robert Albaugh, Betty Hinckle and Charmaine Schmader.

Friends may call at the Donald E. Lewis Funeral Home, Inc 304 East St. Warren 16365 on Friday, February 17, 2012 from 2 to 4 and 6 to 8 pm. A funeral service will be conducted at the funeral home at 1:00 pm. Saturday, February 18, 2012, with Rev. Nancy Schwanke, Pastor of Hessel Valley Lutheran Church, officiating. Interment will follow in St. Joseph R.C. Cemetery, where full military honors will be exercised by Clarendon/ Sheffield VFW and U.S. Navy Personnel. Memorial contributions may be made to Hospice of Warren County, 2 Crescent Park West, Warren, Pa. 16365, Warren Cancer Center, 2 Crescent Park West, Warren, Pa 16365, or Paws Along the River, 212 Elm St, Warren Pa 16365. Online condolences may be offered at www.lewisfuneralhomeinc.com