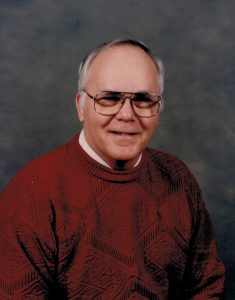 Thomas R. Gray, 80, of Warren, PA., Tuesday evening, October 4, 2016 at St. Vincent Health Care Center, Erie, PA., after a brief illness. He was born January 16, 1936 in Warren, PA. Tom was the son of Raymond and Mabel Langworthy Gray. He lived his entire life on Yankee Bush Road, next to his family’s homestead.

He was a 1954 graduate of Warren High School. He had served with the U.S. Army with the Company G, 6th Infantry Regiment as a Private Second Class . He was employed as a mechanic at Penelec, retiring from there after many years employment. He had previously worked at United Refinery Company and National Forge Company. Tom was a member of Sugar Grove First Presbyterian Church, Lakewood Rod & Gun Club. He was an avid golfer, bowler, woodworker, enjoyed hunting and taxidermy.

In addition to his parents, he was preceded in death by his son, Casey L. Gray who died March 29, 2007, 4 Brothers – Bill, Ronnie, Jerry and Denny Gray.

Those wishing to place memorials may do so through Sugar Grove First Presbyterian Church, 202 Main Street, Sugar Grove, PA., 16350. E-mail condolences may be sent by visiting www.lewisfuneralhomeinc.com