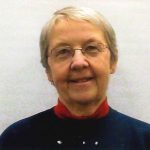 Sally Clever, age 80, of Warren, PA and formerly of Westmoreland County, PA passed away peacefully at her residence with her daughter by her side on Tuesday, August 25, 2020. Sally was born October 28, 1939 in Vandergrift, PA to the late Fred and Hilda Zell. Sally was a 1957 graduate of Warren High School. Following graduation she attended Allegheny Valley Hospital Nursing School in Pittsburgh, PA where she earned her degree as a Registered Nurse. Sally moved back to Warren and was employed at the Warren State Hospital for two years, at which time she chose to be a stay at home mom while her husband was in the military. When the family moved back to Warren in 1981, Sally began her career at Warren General Hospital, until retiring in 2000. Sally enjoyed sewing, crocheting, knitting, traveling and shopping. She loved her dogs and cats and she enjoyed watching Nascar races and was an avid Pittsburgh Steeler fan.

Sally is survived by her daughter, Dana Clever of Warren, PA and several nieces and nephews.

Sally is preceded in death by her parents and her husband Harry Clever, whom she married on her birthday, October 28, 1961, and a grandson, Brian Clever.

Friends and family will be received Monday, August 31, 2020 from 10am to 11am, at which time a funeral service will be conducted by Rev. Marcus Briggs, Retired Minister, at the Donald E. Lewis Funeral Home, Inc. 304 East Street, Warren, PA. Interment will be at Warren County Memorial Park.

Those wishing to place memorial donations can do so through Hospice of Warren County, 1 Main Avenue, Warren, PA 16365.

Email condolences may be sent by visiting www.lewisfuneralhomeinc.com. The Donald E. Lewis Funeral Home, Inc. has been entrusted with arrangements.