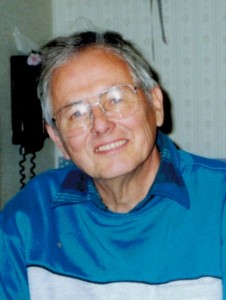 Robert L. Peterson, 78, of Warren, PA. died peacefully Sunday afternoon, June 10, 2012 at his residence after an extended illness. He was born November 11, 1934 in Warren, PA. to the late Carl and Ruth Lawrence Peterson. He has resided in Warren his entire life and was Valedictorian of his 1952 graduating class of Warren High School. He earned a bachelor’s degree in business administration from Westminster College. Bob was a self employed public accountant from 1956 until his retirement in 1995. He was a member the Warren Congregation of Kingdom Hall of Jehovah’s Witness, where he was a former elder. He enjoyed the teachings of the bible. He was a former member of the Warren Crimestoppers. He was a longtime animal lover, a generous supporter of the Wild Life Federation. A major supporter of Indian Nations, African American Charities and a big supporter of Equal and Human Rights. He is remembered as always being a loving, generous father, grandfather and great grandfather. He is survived by his wife of 34 years, Shirley Rowley Peterson whom she married August 3, 1977 in Winchester, VA., 2 Children – Kenneth Stiver and wife, Jeanine of Erie, PA., Mary Kathleen Peace and husband, Kevin of Warren, PA., 12 Grandchildren, 10 Great Grandchildren.