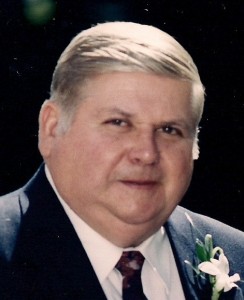 Robert L. Guiffre, 80, of Warren, PA. died Saturday afternoon, June 2, 2012 enroute to St. Vincent Health Care Center, Erie, PA. He was born in Warren, PA. to the late Joseph F. and Doretta Victoria Swanson Guiffre, Sr. He was a lifelong resident of Warren, PA. and had served with the U.S. Air Force and the U.S. Navy. He along with his wife, owned and operated Guiffre Market for 35 years retiring in January 1998.

In addition to his parents, he was preceded in death by his wife, Arlene Blum Guiffre whom he married March 19, 1955 in Warren, PA., and one brother – Joseph F. Guiffre, Jr.

Friends may call at the Donald E. Lewis Funeral Home, Inc., 304 East Street, Warren, PA. on Monday from 6 to 8 P.M. where a funeral service will be conducted Tuesday at 11:00 A.M. with Rev. Marcus Briggs, Chaplain of the Warren General Hospital, officiating. Interment will be in Warren County Memorial Park where full military honors will be conducted by members of the Clarendon/Sheffield V.F.W. Funeral Detail and the U.S. Air Force Personnel. Those wishing to place memorials may do so through St. Jude’s Children’s Research Hospital, 501 St. Jude Place, Memphis, TN 38105. E-mail condolences may be sent by visiting www.lewisfuneralhomeinc.com