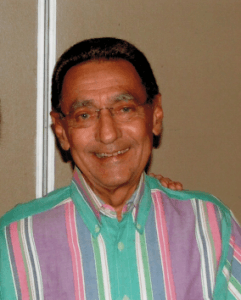 He had lived most of his life in Warren and had lived for 2 years in Waterloo, Belgium. He was a graduate of Warren High School Class of 1953, where he excelled in Baseball and Track. He earned his bachelor’s degree in engineering from Lehigh University. Bob had served with the U.S. Army as an officer. He was employed for many years with the former National Forge Company as Marketing Executive, and retired as Product Manager of Pipe molds, traveling throughout the world, retiring in July of 1998.

He was a member of St. Joseph R.C. Church, Conewango Valley Country Club. He is remembered fondly as being a great father, husband and all round family man.

A Mass of Christian Burial will be conducted at St. Joseph R.C. Church, 600 Pennsylvania Avenue West, Warren, PA., on Saturday, November 26, 2016 at 10:00 A.M. with Fr. Richard J. Toohey, Pastor, officiating. Entombment will be in the Mausoleum of the Resurrection in St. Joseph R.C. Cemetery.

Those wishing to place memorials may do so through St. Joseph Church Educational Center Fund. E-mail condolences may be sent by visiting www.lewisfuneralhomeinc.com