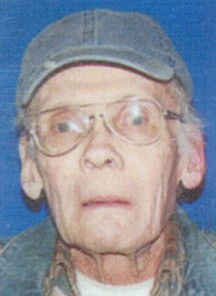 Robert (Bob) G. Saunders, 72, of Russell, PA. died Friday afternoon, November 5, 2011 at UPMC Hamot, Erie, PA. after an extended illness. He was born July 12, 1939 in Jamestown, NY. to the late Maxwell and Mary Cooper Saunders. He has resided in the Russell area most of his entire life. Bob was a 1957 graduate of Warren High School and earned his bachelor’s degree in engineering from the Pennsylvania Military Academy. He had served in the U.S. Army during the Vietnam War, serving as a 1st Lieutenant, serving with the 1203 unit as a Tank Commander. He was retired after 31 years service from the U.S. Postal Service working at the Russell Post office as a rural mail carrier. He was previously employed with the former New Process Company. He was a member of the Frewsburg American Legion Post 556, Clarendon V.F.W. Post 314, Warren Elks Lodge #223, Warren Moose Lodge 109, Warren Eagles Aerie #313, Vietnam Veterans of America Chapter 978, Chairman Club at Seneca Casino. He was an avid hunter.

He is survived by his daughter – Danielle Saunders and her 2 children – Maxwell and Eden Goldstone all of Oakland, CA, numerous friends including Good friend – Jerry Come of Warren, PA., 1 Niece and 1 Nephew.

In addition to his parents, he was preceded in death by his sister – Sally Saunders Printz. There will be no visitation hours observed. Friends are invited to attend a funeral and committal service at the Donald E. Lewis Funeral Home, Inc., 304 East Street, Warren, PA. on Tuesday at 2:30 P.M. with Rev. Marcus Briggs, Chaplain of the Warren General Hospital, officiating. Interment will be in Pine Grove Cemetery, Russell, PA. In lieu of flowers, memorial contributions may be made through the Roger Tory Peterson Institute, 311 Curtis St., Jamestown, New York 14701