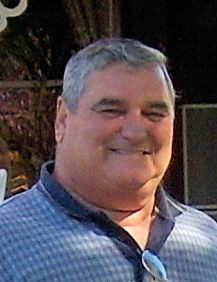 He was born September 17, 1946 in Philadelphia, PA., Bob was the son of the late Robert Louden and Mary Stella DeMas Seaman. He was a former resident of Pleasantville, N.J. and East Madison, Maine.

He was employed as a Union Welder with Local Union 322 for 51 years, retiring in 2001. He had formerly been employed with Scott Paper. He was an avid hunter, fisherman and enjoyed cooking.

Friends may call at the Donald E. Lewis Funeral Home, Inc., 304 East Street, Warren, PA., on Friday, August 17, 2018 from 10:00 to 11:00 A.M. where a Celebration of his life will be conducted by Reverend Nancy Schwanke, chaplain of the Warren State Hospital, officiating.

Those wishing to place memorials may do so through Wounded Warrior. E-mail condolences may be sent by visiting www.lewisfuneralhomeinc.com