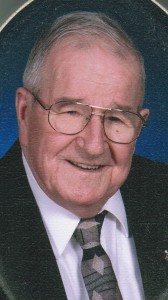 Robert E. Cunningham, 84, of Warren PA died suddenly Monday morning, January 30, 2012 at his residence. He was born December 12, 1927 in Warren to the late George W and Florence M. Severin Cunningham, Sr. A 1946 graduate of Warren High School, Bob was a Warren resident most of his life. He had served in the U.S. Air Force piloting transport aircraft as a Major during the Korean War and was a reserve for the Air Force for 14 ½ years. He earned a Bachelor’s in Mechanical Engineering from the University of Detroit and was an engineer with Dresser Corp. of Bradford and Olean NY for 14 ½ years. Bob had also resided in Corning and Rochester NY. He was a member of St. Joseph R.C. Church, Warren Knights of Columbus, American Legion, Eagles, Moose, Sugar Grove AMVETs, Lakewood Rod and Gun Club. He was a NASCAR enthusiast, collected model cars and supported the Buffalo Bills.

In addition to his parents, he was preceded in death by one son – Robert Michael Cunningham; one daughter – Colleen Ann Cunningham, who died Friday, January 27, 2012; two grandsons – Brandon and Sean Cunningham; and a sister – Mary Patricia Rimer.