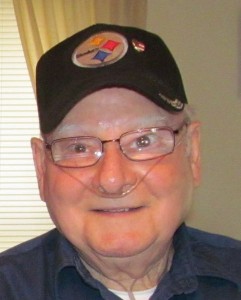 Neil E. Rockwell, 77, of Warren, PA. died peacefully Friday, August 31, 2012 surrounded by his family at UPMC Hamot, Erie, PA. after a brief illness. He was born August 25, 1935 in Leroy, Bradford County, PA. Neil has resided in Warren for the past 4 years, moving here from Tiona, PA. where he resided or 38 years. He was a veteran with the United State Navy serving from May 1956 until May 1959. He had been employed with the former Warren Concrete as a mixer operator for 15 years, then worked for the former Struthers Wells Corporation for many years and retired in 2000 from the Warren County School District. He was an avid hunter, fisherman, and reader. He enjoyed watching the Pittsburgh Steelers play and Nascar races. One of his favorite things to do was go 4-wheeling. He is lovingly remembered as man who enjoyed being a loving father, and family man. He especially enjoyed his grandchildren, family picnics, traveling and going out to eat.

He is survived by his wife of 53 years, Carolyn J. Bullock Rockwell whom he married December 5, 1958 at Clarendon United Methodist Church, Clarendon, PA., 4 Children – Blaine Rockwell and wife, Brenda of Sheffield, PA., Brian Rockwell and wife, Ellen of Tiona, PA., Brenda Saporito and husband, Don, Barbara Anderson and husband, Bo all of Warren, PA., 1 Brother – Dennis Rockwell and wife, Esther of Sergeant, PA., 9 Grandchildren, 9 Step Grandchildren, 5 Great Grandchildren, 3 Step Great Grandchildren, several nieces and nephews. In addition to his parents, he was preceded in death by 2 Brothers – Harold and Hugh Rockwell, 2 Sisters – Mildred Howard and Margie Huckabone. Friends may call at the Donald E. Lewis Funeral Home, Inc., 304 East Street, Warren, PA. on Tuesday, September 4, 2012 from 1 to 3 and 6 to 8 P.M. where a funeral service will be conducted Wednesday, September 5, 2012 at 11:00 A.M. with Rev. Marcus Briggs, Chaplain of the Warren General Hospital, officiating. Interment will be in Oakland Cemetery where full military honors will be conducted by members of the Sheffield/Clarendon V.F.W. Funeral Detail and the United States Navy Personnel. Those wishing to place memorials may do so though the Warren Public Library Association, 212 Market Street, Warren, PA. 16365. Those wishing to submit e-mail condolences may do so by visiting www.lewisfuneralhomeinc.com