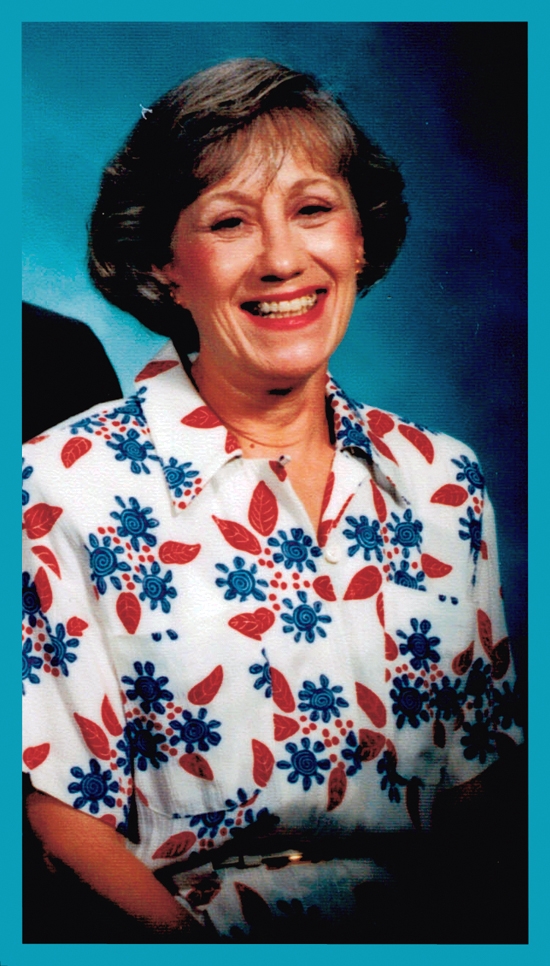 Marilyn Lyke Bonace, 83, passed away at Warren General Hospital on Thursday, May 26, 2016 after fighting a courageous battle with cancer. Recently diagnosed, she handled her illness with grace and dignity, and went on to a better world and her just reward with courage and strength. She has been surrounded by loving family and friends since her diagnosis as well as Hospice Staff and Volunteers for which her family is extremely grateful to have known.

Marilyn was born on March 14, 1933 in Midway, PA to the late John and Rosalia Riehl Lyke. She attended schools in DuBois and Warren, PA. She was a graduate of Warren Area High School, Class of 1951. Marilyn was employed by Sylvania Electric Company and Morrison’s, here in Warren at various times in her life, but her most important achievement and her greatest joy and passion were found in being a mother to her two daughters, a grandmother to her grandson, and a homemaker for her family.

Some of her achievements included being an exceptional seamstress for her children, family and friends over the years.

She had a knack of turning a house into a beautiful home and had the opportunity to do so on 4 different homes during her married life while living in Warren, Bradford and DuBois, PA. She had a real pleasure for gardening and working in her yards over the years. She was a great cook and always saw that her family enjoyed meals together in their home. Being an interested parent in her children’s education, she was always ready to volunteer being a homeroom mother or serve in other capacities in her children’s schools. She saw the value and importance in education and instilled those qualities in her two daughters.

Marilyn always found fun holiday activities for her children to take part in at home, and those were special memories for her children to recall growing up. Her children were her world, and they never doubted that for a moment. Her daughters were blessed to have her for their mother. Marilyn also had an infinite capacity to care for animals, and dearly loved her two dogs, Jenny and Annie. Marilyn made the most of every day, and provided her family with many memories to cherish.

Marilyn was married to her high school sweetheart, Dennis L. Bonace, and they just celebrated their 64th wedding anniversary on March 15, 2016. She was a member of the First Presbyterian Church in Warren, PA., and the Warren High School Class of 1951 Women’s Lunch Club.

In addition to her parents, she was preceded in death by her infant brother, John Lyke, Jr., and her beloved daughter, Brenda Bonace Martin.

A private family funeral service will be conducted at the convenience of the family with Rev. Jeff Ott, Pastor of First Presbyterian Church, officiating. Interment will be at their family plot at Oakland Cemetery.

Those wishing to place memorial donations for Marilyn, may do so through Paws Along the River, 212 Elm Street, Warren, PA. 16365 or Hospice of Warren County, 1 Main Avenue, Warren, PA. 16365 or a charity of one’s choice. E-mail condolences may be sent by visiting www.lewisfuneralhomeinc.com.