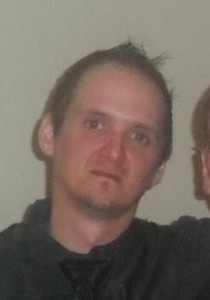 Justin Daniel Smith, 31, of Thompson, PA and formerly of Warren, PA died May 31, 2012 as a result of injuries sustained in an automobile accident. He was born September 6, 1980 in Warren to Suzanne M. Nelson of Warren. He was a former resident of South Carolina and Las Vegas, NV. Justin had been employed as an assistant chef at Bridgeview Restaurant in Nicholson City, PA and previously worked at the Conewango Men’s Club as a chef and Jackson Valley Golf Club as a cook. He enjoyed skateboarding in his leisure. His family and friends were the center of his life.

Friends may call at the Donald E. Lewis Funeral Home, Inc., 304 East St., Warren, PA 16365 from 10:00AM until 12:00PM Saturday, July 7, 2012 when a memorial service will be held. Rev. Marcus Briggs, Chaplain of Warren General Hospital, will officiate. Memorial contributions may be directed to Paws Along the River, 212 Elm St., Warren, PA 16365 or any organization that supports skate parks. Online condolences may be offered to the family at www.lewisfuneralhomeinc.com