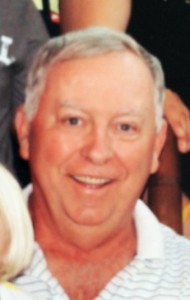 John Herzog, III, 65 of Sheffield, PA passed away Wednesday, August 22, 2012 surrounded by his family, following a courageous battle with cancer. Born October 4, 1946 in Ridgway, PA to the late John, Jr. and Ellen Anderson Herzog, he was a 1964 graduate of Ridgway High School. After high school, he attended the State Police Academy. He was stationed at Troop E in Warren, PA for most of his career, retiring as a Detective after 26 years of service. While serving with the State Police, he also served as the Warren County Fire Marshall. After retirement, John worked as a private investigator. In January 2007 he accepted a position as the County Detective in Warren, where he was head of the Drug Enforcement Task Force. He retired in January 2012.

John was an active golfer. He was a member of the Blueberry Hill Country Club and golfed in the industrial and senior leagues. He loved to be out in the woods sitting in his deer stand or riding his four-wheeler on Bull Hill. John was also a member of the Eagles Club. He enjoyed coaching his children in all their sports. Most importantly, John loved spending time with his family, especially his grandkids.

In addition to his parents, John is preceded in death by a sister – Donna Rae Dush; father in law – Laverne Nelson; and brother in law and best buddy – Ed Nelson.

Friends may call at the Donald E. Lewis Funeral Home, Inc. 304 East St., Warren 16365 on Friday, August 24, 2012 from 2 – 4 PM and 6 – 8 PM. A funeral service will be conducted in the Interfaith Chapel at Warren State Hospital, 33 Main Dr. North Warren, PA 16365‎ on Saturday, August 25, 2012 at 11 AM with Rev. Neil Siefert, Chaplain of Hospice of Warren County, officiating. Interment will follow in St. Joseph R.C. Cemetery. Memorial contributions may be directed to the Warren Cancer Center or Hospice of Warren County, both at 2 Crescent Park West, Warren PA 16365. Online condolences may be offered to the family at www.lewisfuneralhomeinc.com