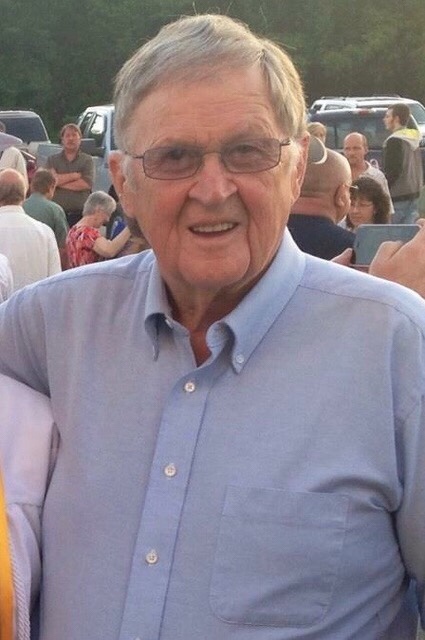 John C. (Jack) White, age 86, of Warren died peacefully in his sleep Friday, Oct. 5, 2018. He endured a long and difficult struggle against multiple medical conditions, facing them with patience and strength over the past five months.

Jack was born Feb. 18, 1932. He was the son of the late Homer & Violet White of Clarendon. He grew up in Clarendon and graduated from Warren High School in 1950. He enlisted in the United States Army, proudly served in the Korean Conflict as a medic and ambulance driver, then returned to the Warren area where he resided the rest of his life.

He worked for multiple employers, including Anderson Bakery, Coyne Laundry and Sylvania. He and his wife, Joanne, operated Cole’s Motel for a short period before opening and operating the popular Candlelite Lounge on Warren’s West Side for many years. He was the proprietor of White’s Exxon Station and eventually retired from a position with the U.S. Forest Service. He spent many enjoyable summers serving as a starter at Blueberry Hill Golf Club until the time of his death.

Jack loved sports and was an avid participant. He was a standout catcher and manager in the Warren City Fast-Pitch Softball League for many years and enjoyed playing with his team in weekend tournaments throughout the tri-state region. He was active in basketball and bowling before golf became his passion in later years. He loved playing at Blueberry Hill – with the exception of the shot required to clear the pond on No. 12.

He was the ultimate sports fan, rooting for the Yankees, the Raiders, Penn State football and Duke basketball. But his true passion was high school athletics. Very few people could match the number of scholastic sports events he attended over the past seven decades. He took tremendous joy from watching his 11 grandchildren compete. He rarely missed an event while they accumulated a combined total of nearly 50 varsity athletic letters (and counting) for Warren Area High School and Oil City High School, as well as some collegiate competition.

Above all else, Jack was a family man. He always looked forward to setting up his grills for the chicken barbeque on the Fourth of July, carving the Thanksgiving turkey and slicing the Christmas Eve ham, all times when the entire family would gather at Grandma & Grandpa’s house. His favorite event was the annual full-family, week-long beach vacation to the Outer Banks of North Carolina.

Jack is survived by Joanne (Gnagey) White, his beloved wife of over 62 years. They were married April 7, 1956, at Holy Redeemer Church and have remained members of that parish ever since. Their four children include John (Brenda) White of Warren, Judy (Paul) Stamm of Oil City, Jeana Morrison (Jeff McClement) of Warren, and Jeff (Marcia) White of Warren. Their 11 grandchildren include Abby (Mike) Crossley of Warren, Katie White of Pittsburgh; Olivia Stamm and Taylor Stamm of Oil City; Andrew Morrison, Allie Morrison and Aidan Morrison, all of Warren; and John White, Chris White, Ben White and Sam White, all of Warren. He is also survived by his brother Dick (Karen) White of Warren and his loyal little dog Winston, who rarely left his side.

In addition to his parents, he was proceeded in death by his in-laws, James & Ruth Gnagey, and his son-in-law, Jim Morrison.

There will be no calling hours observed. A Mass of Christian Burial will be conducted on Tuesday, Oct. 9, at 10 a.m. at Holy Redeemer Church, 11 Russell Street, Warren, PA., with Fr. James Gutting, Pastor officiating. Full military honors will be conducted following the Mass by members of the Clarendon/Sheffield V.F.W. Funeral Honor Guard and the U.S. Army personnel.

In lieu of flowers, the family suggests memorial contributions to the Holy Redeemer Church Building Fund or Hospice of Warren County, 1 Main Street, Warren, PA., 16365 E-mail condolences may be sent by visiting www.lewisfuneralhomeinc.com