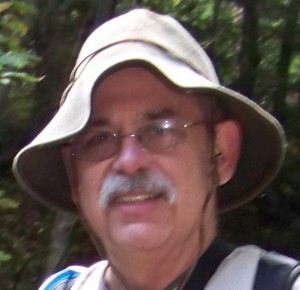 Jerome Paul (Jerry) Davis, 59, of Warren, PA. died Monday morning, June 4, 2012 after fighting a courageous battle with cancer. Jerry was born August 10, 1952 in Warren, PA. to the late Dr. Arthur H. and Mildred May Frye Davis. Jerry graduated from Warren Area High School class of 1970, and served in the U.S. Army in the early 1970s where part of his tour of duty was in Germany, with an honorable discharge. Jerry worked for the Pennsylvania Liquor Control Board “State Store” business in Warren and Youngsville for over 25 years. He was proud of being a Boy Scout in his youth and devoted many volunteer hours for 30 years as an adult in Troop 8 (Presbyterian Church), Troop 21 (Holy Redeemer Church), and more recently, Troop 6. The height of his Boy Scouting experience was Philmont Scout Ranch in New Mexico where he journeyed with his brother Mark in 1966 and took his final trips a few years ago as an adult. He loved climbing to the top of Mount Baldy and the Tooth of Time to see the sunrise while he was there. Jerry was an active member of Trinity Memorial Episcopal Church in Warren where he served on the vestry, acolyte, lay eucharist ministry, and assisted with preparing 100+ holiday meals for the homebound. Jerry was very proud of his 19 years of sobriety and proud to carry his medallion. He was “happy for the people who loved him, especially his wife Deb.”

He was preceded in death by his parents. Friends may call at the Donald E. Lewis Funeral Home, Inc., 304 East Street, Warren, PA. on Wednesday from 6 to 8 P.M. A funeral service will be conducted Thursday, June 7, 2012 at Trinity Memorial Episcopal Church at 10:00 A.M. with Rev. Matthew Scott, Priest-in-charge, officiating. Interment will be in Warren County Memorial Park where full military honors will be conducted by members of the Clarendon/Sheffield V.F.W. funeral detail. Memorials may be made to the Warren Cancer Center or Hospice of Warren County, both located at 2 Crescent Park, Warren, PA. 16365 or the Boy Scouts of America Cornplanter Council, 316 Fourth Avenue, Warren, PA. 16365 or Trinity Memorial Episcopal Church, 444 Pennsylvania Avenue West, Warren, PA. 16365. E-mail condolences may be sent by visiting www.lewisfuneralhomeinc.com