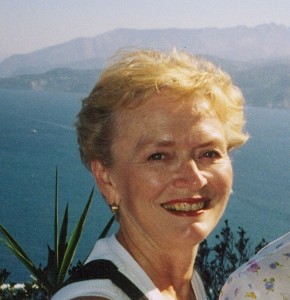 Jane Lou Carter Betts, 68, Warren, died Wednesday, May 23, 2012, at her home surrounded by her family after a brave battle with cancer.

Mrs. Betts was born July 27, 1943 to the late Arnell and W. Genevieve Carter in Jamestown, N.Y. She lived at the family farmstead in Bear Lake before moving several times with her family to Saegertown, Bemus Point, and Lottsville. In her 7th grade year, the family moved to Warren. Mrs. Betts was a proud member of the first class to graduate from the then new Warren Area High School in 1961. In high school, she was a member of A Cappella Choir, National Honor Society, a cheerleader, co-president of her junior class and student council president in her senior year. Following graduation, she attended Johns Hopkins University and Clarion University. On December 1, 1962, she married Rodney Edward Betts at the First United Methodist Church, Warren, PA. Together they lived in Grove City, Leechburg, and Apollo before returning to Warren in the summer of 1969.

Mrs. Betts was a member of First United Methodist Church in Warren. She sang soprano in the Chancel Choir for 46 years. She was a member of the Circle of Hands, United Methodist Women and Allen Class. She served on various commissions and was particularly passionate about missions. She was a Disciple Bible Study Leader and in recent years co-taught Sunday school with Mrs. Mary Merenick.

In addition to her husband, Mrs. Betts is survived by her sons Todd E. Betts, Warren, and Charles “Chad” A. Betts and his wife Tawni (Patterson), Warren; her daughters Lorraine E. Bonavita and her husband Matthew of Bellbrook, Ohio; and Michelle J. Betts and her husband Gerald “Jerry” Johnson of Warren. She is also survived by 11 grandchildren: Linda Marie, Haley Rae, and Madison Jane Betts; Amanda Katherine and Nathan James Betts; Peter Joseph, Daniel Carter, Anna Jane, and Andrew Thomas Bonavita; and Jordan Thomas and Nicholas Rodney Willetts. As a mother and grandmother, the time she spent with her family was precious to her. They were her greatest joy.

Mrs. Betts is survived by siblings John H. and Barbara (Johnson) Carter, Erie; Allen J. and Joan (Fisher) Carter, York; and Peggy A. Pollock, Sheffield. She is also survived by her in-laws Robert and Doris Harvot, Fort Myers, FL; and her sister-in-law Lorraine F. (Betts) Frey and her husband William “Bill”, Sanibel Island, FL; and many nieces and nephews.

Mrs. Betts was an active member of the Warren community. She was involved in PTA at Jefferson Elementary and was a Brownie leader. Together with her friend Judy Ewing, they started the Golden Dragon Award at Warren Area High School to encourage and recognize community leaders in Warren’s youth. She was a former member of the League of Women Voters and Garden Club, former president of Family Services of Warren County, and current member and former president of the Woman’s Club of Warren. Committed to continuing education, she served on various education committees throughout Warren County including the Higher Ed Council, Vo Tech (Career Center) and the Woman’s Club Scholarship Fund.

Mrs. Betts’ favorite hobbies included genealogy, gardening, sewing, reading, baking and playing cards with her friends. Along with her husband, she enjoyed the fellowship of friends in dance club. She was most at ease relaxing around a campfire in Wetmore at the family camp or on her deck on Sanibel Island, FL surrounded by loved ones. Jane and Rod enjoyed a devoted friendship with Billy and Rita Bevevino of Warren.

The family will receive friends from 2 p.m. to 4 p.m. and 7 p.m. to 9 p.m. on Sunday, May 27 at The Donald E. Lewis Funeral Home, 304 East St., Warren, and at the First United Methodist Church, Warren, one hour before a Service of Joy and Remembrance at 11:00 a.m. Monday, May 28. Dr. Jeffrey D. Sterling will officiate. Burial will be in Warren County Memorial Park. The family suggests memorial donations to the United Methodist Women of Warren First United Methodist Church, Hospice of Warren County or Warren General Hospital Cancer Care Center.