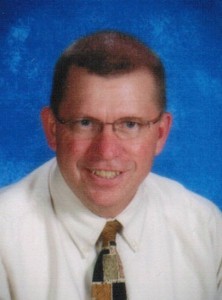 James Grettenberger Morrison, 55, of Warren, Pa. died Wednesday, March 7, 2012 in the John and Orpha Blair Hospice House following a brief illness. Born March 22, 1956 in Warren to Beverly Grettenberger Morrison and the late Charles Morrison, he lived in the Warren area his entire life. Jim was a 1974 graduate of Tidioute High School and earned his English writing degree from the University of Pittsburgh and his Master’s degree in English and History from Edinboro University. He was an educator of History at Warren High School, teaching Junior and Senior classes. He was the Social Studies coordinator for the school district and also served as head of the Social Studies department. Additionally, Jim was the Audio-Visual Director. He was a member of the PSEA and NEA, Trouts Unlimited and a former member of the Warren Elks and Lakewood Rod and Gun Club. He was an avid outdoorsman, with a proclivity for fly-fishing. He enjoyed coaching Little League baseball and would do anything to be with his kids. He was a parishioner of Holy Redeemer R.C. Church.