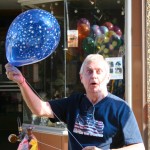 James C. “Puggum” Deigan, 86, of Warren, PA. and Brookeville, MD., died at his Warren residence, Sunday morning, December 9, 2012 after a brief illness. He was born June 24, 1926 in Erie, PA. to the late Raymond and Mildred Foley Deigan. He has resided in Warren for the past 61 years. James had served with the U.S. Navy as Seaman 2nd Class and had served as Battery Operator of the U.S. Cleveland. He went to a trade school for Optometry and worked with the former Gahring Optical and then started working with G.T.E. Sylvania as a Weld Technician, working in the welding and plastics division as a foreman, retiring from there after many years employment. He was owner and operator of Celebrations Unlimited for 52 years where he was trade name was Alphonse. James was a member of Holy Redeemer R.C. Church, was a 32nd degree masonic member of the North Star Lodge. He was an avid hunter and enjoyed spending time at the camp in the Hearts Content area. One of his greatest loves and passions was the circus. At the age of 6 and throughout his whole life, he enjoyed making miniatures of all circus related equipment, animals and carousels. He is even registered as “Buttons the Clown” with the American College of Clowns.

Friends may call at Holy Redeemer Church Gathering Space, 11 Russell Street, Warren, PA. on Tuesday, December 11, 2012 from 10:00 A.M. until 11:00 A.M. when a Mass of Christian Burial will follow by Fr. James Gutting, Pastor, officiating. Interment will be in Warren County Memorial Park. Those wishing to place memorials may do so through Hospice of Warren County, 2 Crescent Park, Warren, PA. 16365. Those wishing to submit e-mail condolences may do so by visiting www.lewisfuneralhomeinc.com The Donald E. Lewis Funeral Home, Inc. is in charge of funeral arrangements.