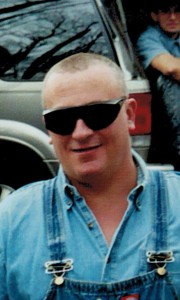 Greg Bleech, 53, of Warren, PA. died at his residence, Monday, March 19, 2012 after a illness of the past year. He was born January 20, 1959 in Warren, PA. to the late Michael and Audrey Lacy Bleech. Greg was a lifelong resident of Warren and a graduate of 1978 from Warren Area High School where he had wrestled. He was an avid hunter, fisherman and camper. Greg was employed as a security guard at the United Refinery Company. He was a member of the Sheffield Veterans of Foreign Wars.

He is survived by his wife, Mary J. Gage Bleech whom he married May 8, 2004 in Warren, PA., 3 Step Sons – William Joseph Greenwalt of Warren, PA., Joshua Lee Losey of Sheffield, PA., and Donald E. Losey, Jr. of St. Mary’s, PA., 1 Brother – Michael Bleech and wife, Jeri of Warren, PA., In addition to his parents, he was preceded in death by his grandparents. A celebration of his life will be conducted at the convenience of the family. Interment will be in Pine Grove Cemetery, Russell, PA. Memorial contributions may be made through Hospice of Warren County, 2 Crescent Park, Warren, PA. 16365. The Donald E. Lewis Funeral Home, Inc. is assisting the family with funeral arrangements.