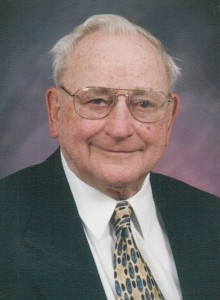 Dr.  Frank H. Butt, 93 passed away peacefully at his home on November 9, 2011  surrounded by his family.  He was  born in Pittsburgh, PA on June 18, 1918, to Frank H. Butt Sr. and Emma Kaufman  Butt.  He grew up in Mt. Lebanon and  graduated from Mt. Lebanon High School in 1936. He traveled to the Chicago World’s Fair  in 1934 with the All-State band and played the clarinet. He graduated from Johns Hopkins  University in 1940, where he was a member of the Kappa Sigma fraternity and the  ROTC program. Frank received his  medical degree from Jefferson Medical College in 1944. He interned at Shadyside Hospital in  Pittsburgh, after which he joined the Army Medical Corps for two years.  He was stationed for six months in the  Philippines and for one year in Japan (occupation troops after the war).  In 1959, he completed his residency in  anesthesia at St. Frances Hospital in Pittsburgh. He worked at Pittsburgh Veterans Hospital  and Cumberland Maryland Hospital before moving to Warren in 1960. He came to Warren in order to work at Warren  General Hospital and Warren Dental Arts Hospital.  He worked at  Warren General Hospital for 23 years and retired in June of 1983.
Dr.  Butt was a member of the North Warren Presbyterian Church, a 32nd  degree Mason and was a Pittsburgh Shiner for over 50 years. He was Warren County’s oldest Eagle  Scout. Frank was President of the Warren County Medical Society in 1975; a past  member of the Conewango Valley Country Club, Conewango Club, Warren Elks Lodge  #223, and the Eagles.
During  his 28 years of retirement, he enjoyed spending the winter months at his home in  Florida.  Dr. Butt enjoyed his  family, friends, cribbage, golf, bridge, playing the  piano.
He  was preceded in death by his parents and a son, Michael Tim Butt.
He  is survived by his wife of 48 years, Joan, whom he married in Ridgway, PA on  March 16, 1963. He is also survived  by his children: Charles H. Butt (Jean Ann) of Clearwater, FL; Erna Kesler, of  Baltimore, MD; Alex Beau, of Mt. Rainer, MD; Robert K. Butt of Warren; David  Butt, of St. Petersburg, FL; four grandchildren: Audrey, Brad, Kim, and  Chloé;  four great grandchildren; and his faithful companion Kip.
Friends  may call at the Donald E. Lewis Funeral Home Inc., 304 East Street, Warren, PA  on Sunday, November 13, 2011 from 5-8 pm.
The  funeral service will be conducted at North Warren Presbyterian Church on Monday  November 14, 2011 at 11 am by Reverend Buddy Ward and Reverend Dan Wolboldt.
In  lieu of flowers, memorials can be made to Hospice of Warren County, 2 Crescent  Park West, P.O. Box 68, Warren, PA 16365 and North Warren Presbyterian Church, 200 South State Street Warren, PA  16365.