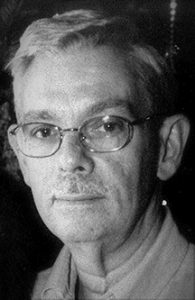 Dr. Charles H. Steinmeyer, 77, of Warren, PA., died Tuesday evening, April 23, 2019 at his home after an extended illness. He was born August 2, 1941 in Monogahala, Washington County, PA. He was the son of Wilmer H. and Minnie Glennon Steinmeyer. He attended Sampson Star School and graduated from Donora High School in 1959. In 1963 he graduated from the Carnegie Institute of Technology in Pittsburgh with a BS degree in physics, and in 1968, from Indiana University in Bloomington, IN with a PhD. Degree in psychology. He had served as a Captain during Vietnam War from 1968 to 1970 with the U. S. Army in the Medical Service Corp., working as Chief Psychologist for the U.S. Army Hospital Specialized Treatment Center at Fort Gordon, GA. He was an assistant professor at the University of Iowa from 1970 to 1972. From 1972 to 1977 he was a staff clinical psychologist for the Linn County Mental Health Center in Cedar Rapids, Iowa. From 1977 to 2003, he was director of the Psychology Department at Warren State Hospital. He also maintained a private practice in clinical psychology downtown Warren and had several publications in scientific and professional journals. He retired in 2013. He enjoyed traveling with his wife and visiting his children.

Friends may call at the Donald E. Lewis Funeral Home, Inc., 304 East Street, Warren, PA. on Friday, April 26, 2019 from 2 to 4 and 6 to 8 P.M. where a funeral service will be conducted Saturday, April 27, 2019 at 1:00 P.M. by Rev. Marcus Briggs, retired minister, officiating. Interment will be in Warren County Memorial Park. Those wishing to place memorials may do so through Warren Public Library Association, 205 Market Street, Warren, PA. 16365.