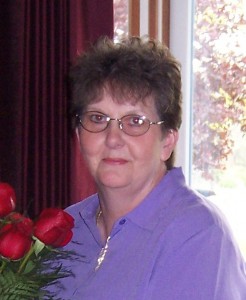 Denna L. “Dee” Gern, 62, of Clarendon, PA. died unexpectedly Friday afternoon, August 24, 2012 at Knox Community Hospital, Mt. Vernon, OH. She was born December 9, 1949 in Garland, PA. to the late Clemmer and Ruth Bean. She has resided most of her life in the Warren area. Dee was a graduate of Youngsville High School Class of 1967. After high school she worked at the Warren Dental Arts Hospital until she left to take time to raise her family.

When returning to work, she was employed with the Warren Manor Nursing Home, Warren Senior Center and retired from Blair Corporation Customer Service Dept. Although retired she maintained her position as a Majority Inspector for the Pleasant Township voting polls. She was a member of the Warren Eagles Club. The one thing that she enjoyed in all of her jobs, was the ability to help others. She enjoyed being outdoors, planting and keeping up with her flowers and even enjoyed mowing the yard and running the weed trimmer. She loved spending time with her husband while camping at Trap Shoots and short vacations as long as they did not keep her from her grandchildren too long.

Anyone who knew her, recognized her unique sense of humor and ability to make even strangers smile or blush. If she was picking on you, it was because she liked you. Above all else, Dee loved spending time with her sons and their families, especially her grandchildren. She would make her grandkids smile and laugh by taking them for rides in her golf cart, reading stories to them, having them help in the kitchen and by loving them with all of her heart.

In addition to her parents, she was preceded in death by 1 Sister – Clarice Conklin, 2 Brothers – Alvin and Paul Bean and her father-in-law, William C. Gern. Friends may call at the Donald E. Lewis Funeral Home, Inc., 304 East Street, Warren, PA. on Tuesday, August 28, 2012 from 2 to 4 and 6 to 8 P.M. where a funeral service will be conducted Wednesday, August 29, 2012 at 11:00 A.M. with her brother Bruce, officiating. Interment will be in Oakland Cemetery. Food and fellowship, stories shared and a celebration of Dee’s life will be held directly following the committal service at Grace United Methodist Church. In lieu of flowers, memorial contributions may be made through Paws Along the River, 212 Elm Street, Warren, PA. 16365 or charity of choice. E-mail condolences may be sent by visiting www.lewisfuneralhomeinc.com