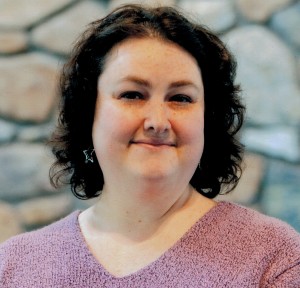 Denise Marie Riggle Dorrion, 35, of Warren, Pa. died Tuesday afternoon, March 27, 2012 at Warren General Hospital, following a courageous yearlong battle with illness. Born December 24, 1976 in Corry, Pa. to James L. and Mary Beth Bonnar Riggle, of Youngsville, Pa., she was a 1995 graduate of Youngsville High School and a 1997 graduate of Erie Business School. Denise lived in Warren County most of her life and was employed with Northwest Savings Bank as Operation Representative in the corporate offices. She was a member Holy Redeemer R.C. Church, enjoyed bowling and cooking, and was an avid reader. Denise was known for her chocolate chip cookies, for which no one could replicate.

In addition to her parents, she is survived by her husband – William “Bill” Dorrion, whom she married May 9, 1997 in Holy Redeemer R.C. Church; three siblings – Justin Riggle and his wife, Rebecca of Manchester, NH, Brianna Check and her husband, Brian of Erie, Pa., Michael Riggle and his girlfriend Christina of Pottstown, Pa.; father and mother in law – Thomas and Debbie Nuhfer Dorrion of Warren; four nieces and nephews – Cheyenne, Connor and Kingston Check and Jalen Benford; and two special cats – Homer and Marge.