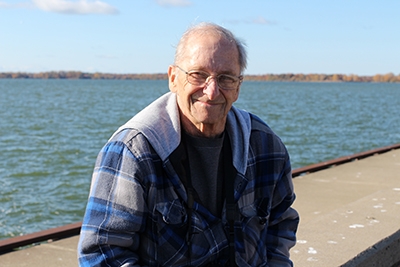 David B. Hollingshead, 73, of Warren, PA., died peacefully Sunday morning, November 8, 2015 at Warren General Hospital after an illness since October 28, 2014. He was born February 27, 1942 in Warren, PA. and was a lifelong Warren area resident.

He was a 1960 graduate of Warren High School and had served with the U.S. Navy during the Korean Conflict as a Midship Man and Radio Operator. He was employed with the former Thomas Coupling and Rexnord, Inc. as a machinist. David was a member of St. Joseph R.C. Church and was currently serving as Commander of the Kinzua Power Squadron.

He was an avid Pittsburgh Pirates enthusiast and enjoyed taking pictures. He loved people, could make a friend out of any stranger, and had a great sense of humor. He enjoyed audio books.

He is survived by his wife of 19 years, Irene Knyzcheva Hollingshead whom he married October 26, 1996 at Ryazah, Russia, 2 Daughters – Justine Hollingshead and her companion, Debbie Dean of Mooresville, N.C., Karla Hollingshead of Cary, N.C., 2 Brothers – Jay Anthony Hollingshead and wife, Chloe and Charles W. Hollingshead, Jr. and wife, Denice all of Warren, PA., several nieces and nephews.

E-mail condolences may be sent by visiting www.lewisfuneralhomeinc.com The Donald E. Lewis Funeral Home, Inc. has been entrusted with funeral arrangements.