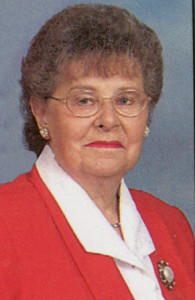 Corrine C. Shanshala, 84, of Warren, PA., died at the John and Orpha Blair Hospice house on Tuesday morning, June 30, 2015, with the loving and compassionate care of the hospice staff.

Corrine was born in Warren, PA on October 18, 1931 to Catherine (Morrison) and Monte Culbertson who preceded her in death, along with her brother, David. She graduated from Warren High School in 1949 where she excelled as a student, especially the business curriculum subject Short Hand. Following graduation she was first employed at Warren General Hospital as a medical records secretary and later at Struther’s Wells Corp. as a personal secretary to the senior V.P of Operations; and subsequently a career change to a loving mother and wife.

On October 3, 1953 Corrine and James J. Ryan were married in Warren, PA. They have two children, Patricia (Gottleib) Brunner, Freiburg, Germany, and Mary Beth (Phil) Fisher, Sayre, PA. Mr. Ryan succumbed to injuries he received while a passenger in a taxicab accident on March 28, 1958 in Detroit, Michigan while conducting business for Struther’s Wells Corp.

Corrine loved her nieces, nephews, cousins, and friends dearly and was exceptionally generous to them with love, understanding and compassion. These attributes defined her consummate love and dedication to her children, grandchildren, and husbands. She was an accomplished bowler and dancer and was tenacious as a “500” card player. Her favorite song was “Stardust” which she played on the piano regularly. Florida and Toronto, Canada were frequent destinations for Corrine and Mike.