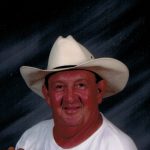 Clyde Leroy Knapp, 73, of Warren, PA, died on Tuesday, July 10, 2018, at his residence surrounded by his family. He was born May 17, 1945 in Bradford, PA., and was a lifelong Warren area resident. He attended Warren High School and had served with the U.S. Armed Forces from 1963 until 1966. He was employed for 35 years as a carpenter with Union #2274 before his retirement. After his retirement, he filled in time with occasional work at Midtown Motors. He had served as President and was a lifetime member of Pine Grove Sportsmen Club. He loved trap shooting at all the local sportsmen clubs. The PSSA shoots at Elysburg, PA were a huge highlight of every trap season. He was an avid NASCAR fan, enjoyed hunting and being outdoors. He loved his dogs no matter the type or size. He was a Past President of the Warren Eagles Club in the mid-1970s. He is survived by his wife, Gloria Jean Durst Knapp, 5 Children – Leisa Knapp Edwards, Travis Knapp both of Warren, PA., Tracey Knapp Shelton of Sugar Grove, PA., Trampas Knapp and wife, Brandi of Nashville, TN., Chane Knapp and wife, Sue of Warren, Pa., 8 Grandchildren, 4 Great Grandchildren, 2 Sisters – Barb Heeter, Kay Greenwalt, 1 Brother – Calvin Knapp all of Warren County. He was preceded in death by his parents, Leroy and Flossie Littlefield Knapp, 1 Brother – William Knapp. The family suggests memorial contributions may be made to the family and a memorial service will be announced at the family’s discretion. E-mail condolences may be sent by visiting www.lewisfuneralhomeinc.com The Donald E. Lewis Funeral Home, Inc. has been entrusted with funeral arrangements.