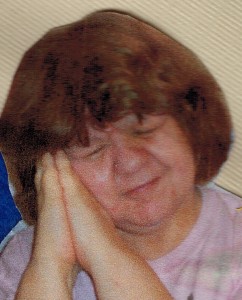 Cindy Jo Fredericks, 60, a resident of Cambridge Warren and formerly of 57 Cobham Park, Warren, PA. died at 12:56 A.M., Saturday, July 07, 2012 after a brief illness. She was born in Warren, Pa. on September 20, 1951 to the late Leroy R. and Joanne Highhouse Fredericks. She has resided her entire life in Warren and was a 1969 graduate of Warren High School. She was employed as a inserter with the Warren Times Observer and previously with the former Hadden Grocery Store for many years. Cindy was a volunteer and dedicated supporter, spending countless hours at the Animal Rescue Shelter and Warren General Hospital. She was an animal lover, enjoyed playing bingo and shopping.

Cindy is survived by 3 Siblings – Tom Fredericks and wife, Darlene, Mike Fredericks and wife, Kelly and Le Ann Waterhouse all of Warren, PA., several nieces and nephews and extended family of Cambridge Warren, who greatly adored and loved her, she was the center of their lives.

Friends may call at the Donald E. Lewis Funeral Home, Inc., 304 East Street, Warren, PA. on Tuesday, July 10, 2012 from 2 to 4 and 6 to 8 P.M. where a funeral service will be conducted Wednesday at 12:00 Noon with Fr. Richard J. Toohey, Pastor of St. Joseph R.C. Church, officiating. Interment will be in Warren County Memorial Park. Those wishing to place memorials may do so through Paws Along the River, 212 Elm Street, Warren, PA. 16365 or Hospice of Warren County, 2 Crescent Park, Warren, PA.16365 or a charity of one’s choice. E-mail condolences can be sent at www.lewisfuneralhomeinc.com