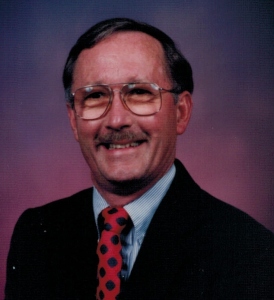 Chris F. McAmbley , 71, of Warren, PA. died Tuesday, October 14, 2014 at Golden Living-Kinzua Valley, Warren, PA. after a courageous battle with cancer. He was born October 29, 1942 in Chelsa, Mass. He was the son of the late Joseph Fremont and Gladys Frenz McAmbley. Chris has resided in Warren since 1968 and was formerly of Charleston, S.C. He was a 1960 graduate of Bradford High School and attended St. Bonaventure and Edinboro Universities. He was employed with Prudential Life Insurance Company as a insurance agent from 1975 to 1995.

He was a member of First Presbyterian Church, Warren Eagles Aerie, American Legion Post 135, former Sertoma and Exchange Club member. He had served with the U.S. Navy during the Vietnam War and also served in the Naval Reserves.

He is survived by his wife of 48 years, Bette Case McAmbley whom he married October 23, 1965 in Bradford, PA.

Full military honors will be conducted by the John Gertsch Memorial Vietnam Post members and members of the U.S. Navy Personnel. Interment will be in Oak Hill Cemetery, Bradford, PA. Those wishing to place memorials may do so through a Charity of one’s choice or the Warren Eagles Club, 2101 Pennsylvania Avenue East, Warren, PA. 16365 or Paws Along the River, 212 Elm Street, Warren, PA. 16365. E-mail condolences may be sent by visiting www.lewisfuneralhomeinc.com