Calvin B. Dennis, Jr., 51, of Warren, PA., died Sunday, July 20, 2014 at UPMC Hamot, Erie, PA. He was born September 22, 1962 in Bel Air, Maryland. He was the son of the late Calvin Bradley Dennis, Sr. and Janice Charline Brewer Jordan. He was a Warren area resident since 1980 and was a graduate of Warren Area High School Class of 1981. He was employed for 30 years with the Warren Area School District in the custodial department retiring in 2012. He was an avid fisherman, boater, gardener and especially enjoyed motorcycling.

He is survived by his wife, Ruth Ann Broadbent Dennis whom he married June 16, 2007 in Warren, PA. 1 Daughter – Marie Dennis of Jacksonville, FL, 1 Stepson – Jakob Rodoski of Warren, PA., Mother-in-law, Carol Carter and her husband, George of Youngsville, PA., Father-in-law, George Broadbent and his wife, Phyllis of Warren, PA., 4 Siblings – Wanda Leonard of Sheffield, PA., Linda Arnold and husband, Daryl of Pylesville, MD, Lee Dennis and wife, Jeanette of Street, MD, Diane Dunn and husband, Rick of Winchester, VA., and his companion and best friend, his Beagle, Homer. Several nieces and nephews also survive. In addition to his parents, he was preceded in death by his Stepfather, whom he considered to be his dad, Jereald Jordan.

A private memorial service will be conducted at the convenience of the family. Those wishing to place memorials may do so through Empire Animal Rescue Society, 2 Fancher Avenue, Salamanca, NY 14779. The Donald E. Lewis Funeral Home, Inc. has been entrusted with funeral arrangements. Those wishing to submit e-mail condolences may do so by visiting www.lewisfuneralhomeinc.com 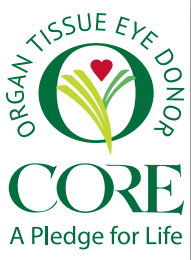