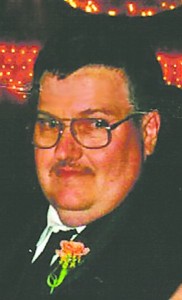 Benjamin Simon Streich, 53, of Clarendon, PA was taken by the Lord and blessed. He died March 14, 2011 at Hamot Medical Center in Erie, PA as a result of injuries sustained in an automobile accident. He was born October 31, 1958 in Warren, PA to the late William and Betty Hodges Streich and was employed 18 years as a taxi driver and for Bonded Services at the United Refinery and Rexnord offices. He attended Stoneham United Methodist Church, where he studied the Bible. An avid animal lover who enjoyed gardening, house carpentry, and studying history and politics, Benjamin treasured playing with his granddaughter along with his dogs and cats, fishing and spending time with his family and pets, especially at Chapman Dam. Benjamin was a longtime resident of Warren.

Benjamin is survived by his wife- Debi Jurkowski Streich, whom he married on July 19, 1997; Two daughters- Ashley Jurkowski Cristea and her husband, Joe, and Mandy Jurkowski and her fiancé, Joe Horner; a mother in law- Sallie Connolly; Four siblings- Susan Sibwick and her husband Paul of Cleveland, OH, Steven Streich and his wife, Michelle, of Clarendon, Debra Brown and her husband Dale, of Clarendon and Laura Streich of Warren; Nephew Daniel Brown; and two grand children Abagail Kent and Aleah Horner.

Memorial services will be conducted at 1:00 pm, Saturday, October 29, 2011 at the Stoneham United Methodist Church with Rev. John Gerber and Rev. Seth McClymonds, both Pastors, officiating. Memorial contributions may be directed to the Paws Along the River. The Donald E. Lewis Funeral Home, Inc. was entrusted with arrangements.