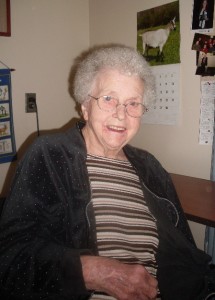 Arlene Peterson Hornstrom, 89, a resident of the Warren Manor Nursing Home died at her residence on Thursday, February 16, 2012 after an extended illness. She was born March 31, 1922 in Warren, PA. to the late Elmer D. and Jennie S. Fredrickson Peterson. Arlene was a Warren area resident her entire life and was a 1940 graduate of Warren High School. She was a member of St. Paul Lutheran Church, the Birthday Club and was an avid baker.

Friends may call at the Donald E. Lewis Funeral Home, Inc., 304 East Street, Warren, PA. on Sunday from 2 to 4 and 6 to 8 P.M. A funeral service will be conducted at St. Paul Lutheran Church on Monday at 11:00 A.M. with Rev. David Blank, Pastor of First Lutheran Church, officiating. Interment will be in Warren County Memorial Park. E-mail condolences may be sent to www.lewisfuneralhomeinc.com