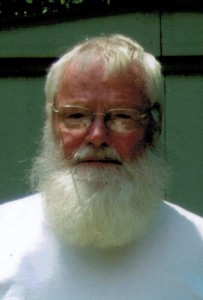 Ronald C. Stewart, Sr., 75, of Warren, PA. died Sunday morning, January 13, 2013 at UPMC Hamot, Erie, PA. after an extended illness. He was born July 7,1937in Russell, PA. to the late Jack W. and Helen B. Sires Stewart. He was a lifelong Warren area resident. Ron was a 1956 graduate of the former Northern Area High School and was employed with various employers in the Warren area, as an electrical maintenance man, retiring from Warren Concrete. He was employed part-time as a delivery man for the past 10 years with Virg-Ann Flowers and Gift Shop, where they made him a part of their family. He was a charter member of the Knightriders Motorcycle Club. Ron was a huge motorcycle enthusiast who enjoyed riding and traveling by motorcycle. He enjoyed watching and participating with his son and grandson, while they competed in motorcycle racing. He was an avid walker, former hunter and a former member of Jackson Valley Country Club where he enjoyed golfing. His second passion in life was camping at Sherwood Forest, Warren Co., PA. The love of his life was his wife, his family and especially his grandchildren.

Friends may call at the Donald E. Lewis Funeral Home, Inc., 304 East Street, Warren, PA. Tuesday, January 15, 2013 from 6 to 8 P.M. where a funeral service will be conducted Wednesday, January 16, 2013 at 11:00 A.M. by Rev. Michael Sperry, Pastor of West Springcreek Congregational Church, officiating. Interment will be in Warren County Memorial Park. Memorial contributions may be made through Paws Along the River, 212 Elm Street, Warren, PA. 16365. Those wishing to submit e-mail condolences may do so by visiting www.lewisfuneralhomeinc.com