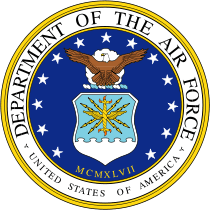 John E. Raymond, 71, of Warren, PA. died Sunday morning, August 12, 2012 at the John and Orpha Blair Hospice Home, Warren, PA. after an extended illness. He was born July 1, 1941 in Kane, PA. to the late Elmer John and Nellie L. Stickles Raymond. He has resided in Warren since 1967 moving here from Port Allegany, PA. John was a 1960 graduate of Port Allegany High School and had served in the United State Air Force as an airman 3rd Class. He was employed for 30 years with the Warren State Hospital as a cook in the dietary department retiring from there in 1997. He attended the First Church of the Nazarene, Warren, PA.

Friends may call at the Donald E. Lewis Funeral Home, Inc., 304 East Street, Warren, PA. on Tuesday, August 14, 2012 from 2 to 4 and 6 to 8 P.M. where funeral and committal service will be conducted Wednesday, August 15, 2012 at 11:00 A.M. with Dr. G.A. Hankins, Pastor, officiating. Interment will be in Warren County Memorial Park. Those wishing to place memorials may do so through the Warren County Special Olympics, %John Kersey, 208 Liberty Street, Warren, PA. 16365 or the First Church of the Nazarene, 907 Pennsylvania Avenue East, Warren, PA. 16365. Those wishing to submit e-mail condolences may do so by visiting www.lewisfuneralhomeinc.com