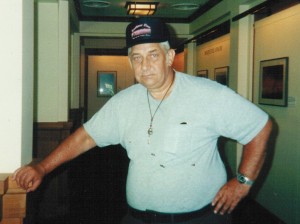 Gerald (Gary) W. Kays, 71, of Warren, PA. died Thursday morning, December 15, 2011 at Warren General Hospital after an extended illness. He was born December 18, 1939 in Warren, PA. to the late Harold James and Mary Elizabeth Grace Kays. He was a longtime resident of Warren and was employed with numerous factories in the Warren and Jamestown areas retiring due to illness. He had served in the U.S. Army as a Private First Class.

Gary is survived by his wife of 41 years, Roxann Abraham Kay whom he married December 18, 1969 in Warren, PA., 4 Children – Quentin Kays and wife, Dawn and Kevin Kays all of Warren, PA., Danny and Lisa Kays both of Jamestown, N.Y., 1 Sister – Marilyn Ciprich of Warren, PA., 2 Granddaughters and 2 Step Granddaughters. In addition to his parents, he was preceded in death by 2 Brothers – Charles (Buddy) and Richard (Dick) Kays, infant sister. A private funeral service will be conducted at the Donald E. Lewis Funeral Home, Inc. at the convenience of the family by Rev. Marcus Briggs, Chaplain of the Warren General Hospital. Interment will be in Sorensen Cemetery, Cherry Grove, PA., Those wishing to place memorials may do so through a charity of one’s choice.